Work is underway to augment the capacity of Delhi government-run hospitals by over 120 per cent, the AAP dispensation on 10th September said while asserting that the expansion project was the "largest programme" in the world for improving access to healthcare. 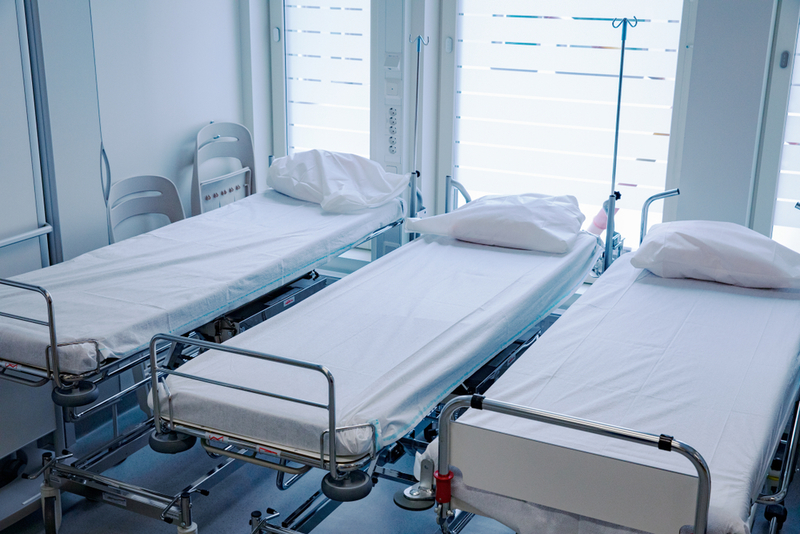 On the directions of Chief Minister, Health Minister on 10th September submitted a report to him on the status of Delhi government's programme for expansion of public health infrastructure, officials said. "The report states that in addition to the existing capacity of 11,353 beds in 38 Delhi government hospitals, a total capacity of 13,899 beds is being added. Three hospitals, with a capacity of approximately 2,800 beds, are set to open in the next six months," the Delhi government said in a statement.

The chief minister had asked for details of the scope and nature of the health department's plan to build new hospitals, expand existing hospitals and add specialised treatment services in existing hospitals. "The expansion of public health infrastructure in Delhi is unprecedented. It is the largest programme for improving access to healthcare anywhere in the world. The total increase in capacity that is currently underway in terms of bed capacity is more than 122 per cent," he was quoted as saying in the statement.

"But this is not just about the number of beds, but also about the quality of facilities provided," the statement added. By 2023, the government expects all projects to be completed and all new hospitals and new blocks ready for operations, it said. "Our goal is to make every single government hospital in Delhi, not just better than private hospitals in the city, but to make them the best hospitals in the entire country. Delhi citizens deserve world-class facilities and we will make that a reality," he said.

A senior Delhi Health Department official had recently said that as many as 15 city government-run hospitals are to be upgraded with improved civil and medicare infrastructure and increase in bed strength to boost healthcare facilities in the national capital. The project also includes Lok Nayak Jayaprakash (LNJP) Hospital, where a "state-of-the-art" block will be constructed, they said. The 15 facilities chosen under the upgrade project include LNJP Hospital, LBS Hospital and Bhagwan Mahaveer Hospital.

The Delhi government on 10th September said the Indira Gandhi Hospital in Dwarka, with 1,241 beds will be the largest hospital in West Delhi with state-of-the-art facilities. Similarly, two hospitals with approximately 772 and 600 beds respectively are nearing completion in Burari and Ambedkar Nagar, it said. A new mother and child block has been cleared by the Delhi cabinet for Lal Bahadur Shastri Hospital, Khichripur with 460 beds, and the tendering has been completed, the statement said.

Four new hospitals, one each in Sarita Vihar, Madipur, Hastsal and Jwalapuri will be brought before the Expenditure Finances Committee (EFC) in the coming week, the government said, adding that plans for the construction have already been drawn and the total capacity of these new hospitals will be 2,200. Additionally, a 100 bedded hospital each in Bindapur and Siraspur has also been approved and the tendering will be initiated soon, it said.

However, the largest share of the expanded capacity is from the projects to construct new blocks for existing hospitals of the Delhi government, the government said. A capacity of 5,739 beds is being added in 15 existing hospitals, with simultaneous remodelling in all hospitals, the statement said. "Our vision is to provide best quality healthcare to every citizen of Delhi; no discrimination based on economic background of patients," he said.

In 2015, when several of these projects were under consideration with the government, the health minister had been given specific instructions by the chief minister to ensure that all government hospitals must be centrally air-conditioned, the government said. Following the chief minister's direction, all new hospitals are being built fully air-conditioned and existing hospitals are being remodelled with air-conditioners, the statement said. Jain said, "Regardless of who seeks treatment in Delhi government hospitals, we will provide the same quality of treatment. If a VIP expects special treatment, then we will provide that same quality of treatment even to ordinary patients".

The health department's report also added that 200 Mohalla Clinics are ready for launch in October this year and 200 more will be ready by December. In the period since the first Mohalla Clinic was launched in Peeragarhi relief camp in July 2015, this would be the "largest addition to any city's primary healthcare network in history, it said. "The scale at which Mohalla Clinics are operating is unparalleled. Over 1.6 crore OPD visits and 15.3 lakh tests have been conducted in these clinics free of cost since July 2015," the statement said.