M3 India conducted an online survey and gathered responses from 518 doctors about benefits and negative impact that an internet-informed patient's behaviour can have on patient-physician relationship. Here we present to you Part 2 of the results which highlight the key benefits that doctors see with having google-savvy patients. 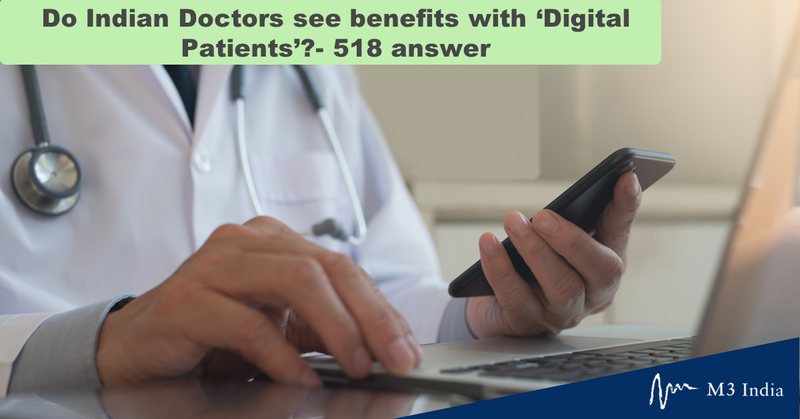 With one of every 20 searches on a popular search engine being conducted to obtain health-related information, it is obvious that the most prevalent use of the Internet is to seek information about a disease. However, little is known about how Indian Doctors experience, manage, and view these patients, as this growing trend has both positive and negative effects on the interactions between patients and their physicians.

To understand the impact of this patient behavior on the patient-physician relationship we conducted an online survey and gathered responses from 518 doctors. Here we present the Part 2 results to you which highlight the key benefits that doctors see with internet-informed patients.

We asked the respondents to share what they felt about this trend of internet-informed patients and whether they believed that this trend is helpful for the doctors. This was their response: 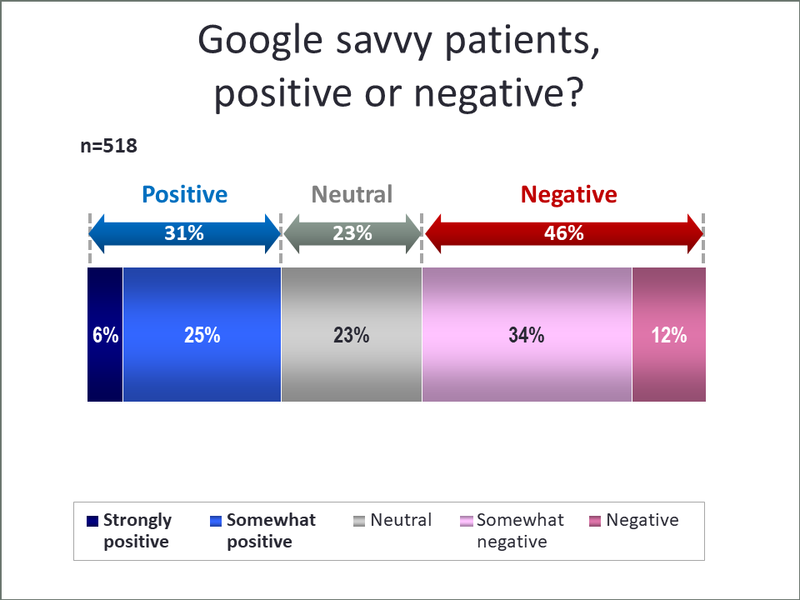 What are the key positives from Internet informed patients?*

We asked the respondents (doctors) their opinion on the key benefits that result when patients proactively seek information about their disease and treatment. 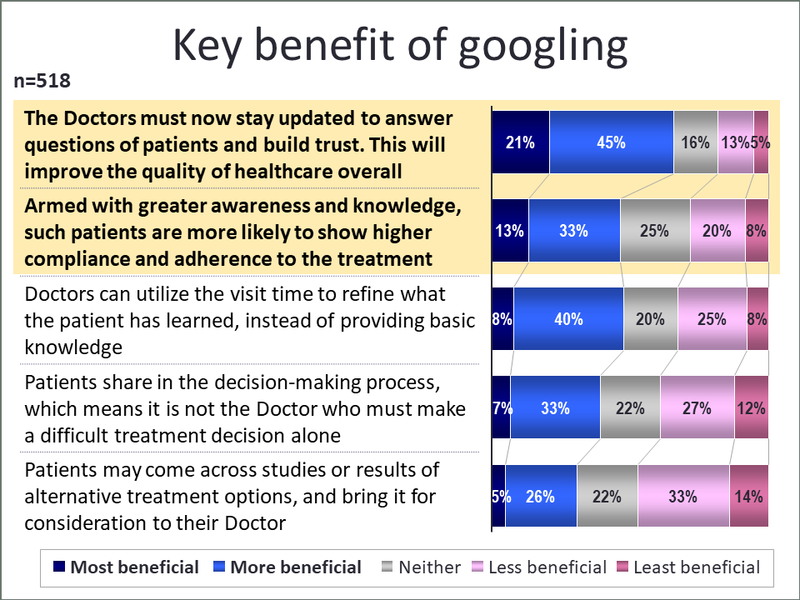 A survey respondent (OBGYN specialist, 40 to 49 years) shares, “I had a pimigravida with twins. The first twin was by breech presentation so I advised her to go for a planned cesarean section. The family was very reluctant to accept my decision and insisted a normal vaginal delivery. I would have sent her for a second opinion to another doctor but instead I asked her to google. When they read about the complications involved they knew that I was as right as Mr. Google.”

Alternative diagnosis by well-read patients for consideration to their doctor

A young survey respondent, a gastroeneterologist shares his experience, he says,“A patient had come with pneumonia but wasn't improving with apt treatment. Attenders suggested alternative diagnosis of alveolar haemorrhage and on evaluation their doubt was confirmed. On starting treatment accordingly patient improved.”

Physicians generally accept that the Internet may lead to patients becoming better informed. While some doctors understand and cleverly use the internet to their advantage, a few others completely detest it. Having said that, here is a quote from a respondent, an ENT (30 to 39 years) doctor,

Google shows results based on search keywords, however a doctor gives results based on knowledge and experience. Internet will show typical presentations of common diseases but will never differentiate atypical presentations of the same. It should be borne in mind that judgement and decision-making is part of intelligence and a machine cannot replace it.

To read Part 1 of the survey, click What do Indian doctors think about 'Digital Patients'?- 518 answer

To read Part 3 of the survey, click What negative behaviours do Indian Doctors associate with 'Digital Patients'?- 518 answer

Disclaimer: We have presented the data and facts as they are without generalizing the results as a reflection of the views of entire Indian doctor population. The demographic profile of the survey participants [shown above] may differ from the population of all Indian Doctors. Also, limiting the sample to the Internet channel only may introduce bias in the results. We also urge that the findings should not be interpreted as implying cause and effect.