These days, patient visits are measured in minutes. Doctors don’t have much time to spend explaining seemingly extraneous or obvious information. But what’s clear and common to you may be befuddlingly opaque and incomprehensible to patients. Even so, it can be frustrating for doctors to repeatedly demystify and clarify common medical terms and concepts. 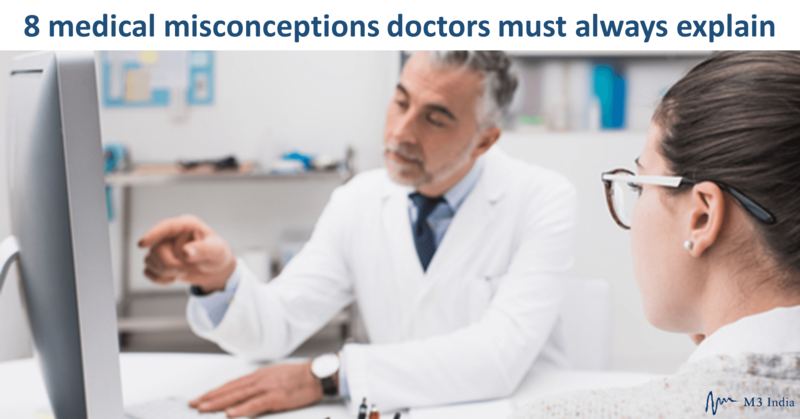 Many patients don’t ask for clarification regarding medicines or test results from their doctors; they simply nod their heads. This gap in communication can lead patients to take the wrong number of pills, for instance, or not know to return for follow-up—simple misunderstandings that can have disastrous consequences.

As a refresher, here are a few of those terms and concepts that patients can easily misconstrue, or ones that you may easily forget to interpret.

From a layperson’s perspective, it’s easy to understand the confusion since “positive” usually means welcome news while “negative” represents something unpleasant. In 2000, the then-mayor of New York city, Rudy Giuliani found this out the hard way when his doctor told him his biopsy result for prostate cancer was positive.

“I keep getting positive and negative mixed up,” Giuliani told reporters. “I kind of think of negative as bad and positive as good. So when he told me it was positive, it took me a second to figure out, ‘Oh, gee, that's not so good.’”

For prescriptions, instructions to “take 1 pill in the morning and 1 pill in the evening” is easier for patients to understand than “twice daily” or “every 12 hours.” The latter require patients to take an additional mental step to interpret, resulting in a greater chance for confusion and mistakes.

Indeed, the authors of one study found that four out of five patients misinterpreted one or more of the 10 common prescription label instructions they were given.

When describing prescription instructions to patients, break it down for dose and frequency, and provide a context for the time of day. Say, for example, “Take 1 pill with breakfast and 1 with supper” rather than “Take 2 pills by mouth every 12 hours.”

If you’re playing basketball and you land hard on your ankle, you probably won’t know at first whether you strained it, sprained it, or fractured it—and neither do patients. Adding to the confusion: The words “strain” and “sprain” sound so similar, they’re easy to mix up.

Explain it to patients as you learned it in your early medical school days (or even from high school sports): The T in strain is a reminder of the T for tendon, so a strain is when a tendon or muscle is torn or stretched too far, often from overuse or overloading. A sprain, then, refers to the other connective tissue: a ligament that is torn or stretched too much. And, of course, a partial or complete fracture of the bone is often much more painful than a strain or sprain.

Personality types don’t favor one hemisphere or the other, according to researchers who used MRI to investigate the question. Although some brain functions occur more in one hemisphere than the other—such as language in the left side and attention in the right—people don’t tend to have a stronger left- or right-sided brain network, the researchers concluded. Plus, if one side of the brain is damaged or removed at an early age, these functions can often be partly or even fully recovered by the other side of the brain. And many abilities—such as motor control, memory, and general reasoning—are performed equally by both hemispheres.

Speaking of the brain, people use all of it, despite the common saying that we only use 10% of it. While it’s true that a minority of neurons in the brain are actively firing at any one time, the entire brain is likely to be active during the course of a day.

Despite what a patient’s old country doctor might have told them as a child, green or yellow mucus is not a definitive sign of bacteria or virus. A patient could have a serious infection while their snot and sputum are perfectly clear.

So, where does the green color come from? During a cold, the neutrophils released by the immune system contain a high amount of the enzyme myeloperoxidase. This enzyme has a lot of iron which, in the surrounding environment, turns clear mucus into ugly green snot.

These days, many people cut out foods containing gluten, thinking it will improve their health. In people with celiac disease, eating foods containing gluten causes an immune inflammatory response in the small intestine. But it’s important to remember that celiac disease—which is an autoimmune disorder, not an intolerance or allergy—only affects about 1% of the population. People with a diagnosis of celiac disease need to completely and permanently avoid any form of gluten in their diets.

Tetanus is often associated with rust, especially rusty nails, but it isn’t caused by rust. A rust-free nail can cause tetanus, too. The confusion stems from the fact that rusty objects are often found in dirty areas, which are good environments for anaerobic bacteria like Clostridium tetani, the bacterium that causes tetanus.

As for nails, the rough surface of rusty metal can harbor C. tetani, while the nail itself provides a sharp point to puncture skin and “inject” the bacteria deep into the tissue, providing a favorable environment for anaerobic growth. But a rust-free nail (or another sharp object) infected with C. tetani would be an equally dangerous delivery device for tetanus infection.