A US court has dropped nearly all the charges against an Indian-origin doctor accused of performing female genital mutilation on at least nine underage girls by ruling that America's law over the practice was unconstitutional, outraging women's rights groups in the country. 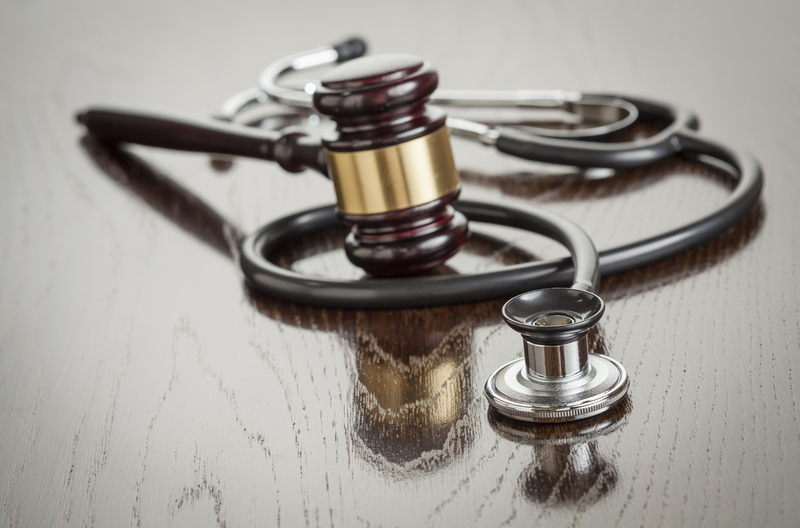 In April last year, Jumana Nagarwala, MD, 44, Fakhruddin Attar, MD, 53, and his wife, Farida Attar, 50, all Michigan residents, were indicted by a grand jury for performing female genital mutilation on minor girls in the US, a first-of-its kind federal prosecution over the "brutal practice" which federal authorities said will not be tolerated in the United States.

However, in a major blow to the federal government, US District Judge Bernard Friedman ruled this week that America's female genital mutilation law was unconstitutional. This lead to the dismissing of the key charges against the Michigan doctors accused of subjecting at least nine minor girls to the cutting procedure in the nation's first FGM case.

The judge's ruling also dismissed charges against three mothers, including two Minnesota women who prosecutors said tricked their 7-year-old daughters into thinking they were coming to metro Detroit for a girls' weekend, but instead had their genitals cut at a Livonia clinic as part of a religious procedure.

The AHA Foundation, which advocates human rights and individual liberties and leads programs to protect women from honour violence, expressed shock at Friedman's decision, saying the ruling that effectively throws out a federal law criminalizing female genital mutilation since 1996 is a serious blow to the rights of girls in this country.

Senior Director at the AHA Foundation Amanda Parker said it has taken years for whistleblowers, police, FBI and attorneys to work together to bring this trial to court. Dropping the FGM charge is a real blow to the human rights of women and girls in the United States. This is outrageous.

The judge's ruling that the federal statute against FGM is unconstitutional sets a precedent that cutting girls genitals is not a concern at the national level, Parker said. She said the ruling means that those 23 states that do not have laws protecting girls from FGM could potentially become destination states. She said if a perpetrator risks life imprisonment in Minnesota, where anti-FGM laws are in place, why would they not have girls trafficked across states lines to Iowa to mutilate them? This is exactly how we got here. The defendants in this case had the victims shipped from Minnesota to Michigan and the only way of holding them accountable for FGM was the federal statute.

The organization said judges regularly prosecute assault and other forms of mutilation at the federal level but prosecuting those who cut little girls genitals is not a priority for this court. It sends the message that the authorities are not serious about protecting girls, especially those in immigrant communities, from this form of abuse, Parker said.

In his ruling Friedman had concluded that "as despicable as this practice may be," Congress did not have the authority to pass the 22-year-old federal law that criminalizes female genital mutilation, and that FGM is for the states to regulate.

FGM is banned worldwide and has been outlawed in more than 30 countries, though the U.S. statute had never been tested before this case.

"As laudable as the prohibition of a particular type of abuse of girls may be ... federalism concerns deprive Congress of the power to enact this statute," Friedman wrote in his 28-page opinion, noting: "Congress overstepped its bounds by legislating to prohibit FGM ... FGM is a 'local criminal activity' which, in keeping with long-standing tradition and our federal system of government, is for the states to regulate, not Congress."

A report in the Detroit Free Press said currently, 27 states have laws that criminalize female genital mutilation, including Michigan, whose FGM law is stiffer than the federal statute, punishable by up to 15 years in prison, compared with five under federal law. Michigan's FGM law was passed last year in the wake of the historic case and applies to both doctors who conduct the procedure, and parents who transport a child to have it done. The defendants in this case can't be retroactively charged under the new law.

Gina Balaya, spokesperson for the U.S. Attorneys Office, said the government is reviewing the judge's opinion and will make a determination whether or not to appeal at some point in the future.

The defendants have argued that Congress lacked authority to enact" the genital mutilation statute, "thus the female genital mutilation charges must be dismissed. They also argue that they didn't actually practice FGM, but rather performed a benign procedure involving no cutting.

Nagarwala's lawyer Shannon Smith said while the government could appeal against the ruling, "but we are confident we will win even if appealed."

Smith has maintained all along that her client did not engage in FGM.

FGM survivor and social activist Mariya Taher, who heads a campaign out of Cambridge, Massachusetts, to ban FGM worldwide, also called Friedman's ruling crazy," saying she fears the ruling will put more young women in harm's way. "Unfortunately, this is going to embolden those who believe that this must be continued ... they'll feel that this is permission, that it's OK to do this."

The World Health Organisation had said female genital mutilation comprises all procedures that involve partial or total removal of the external female genitalia, or other injury to the female genital organs for non-medical reasons.

More than 200 million girls and women alive today have been cut in 30 countries in Africa, the Middle East and Asia where FGM is concentrated. WHO said FGM, which is mostly carried out on young girls between infancy and age 15, is a violation of the human rights of girls and women.