While the SC verdict on section 377 is progressive and bats for queer community's right to mental healthcare, there are many hurdles to overcome. 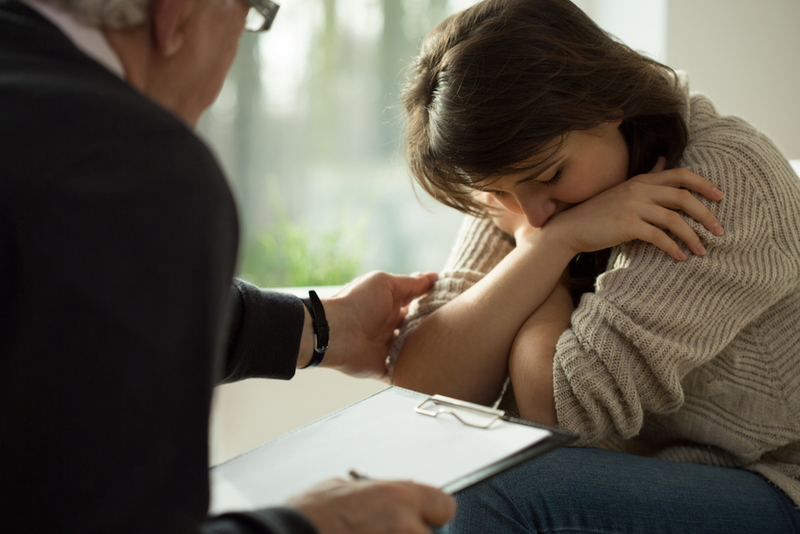 The historic verdict scrapping Section 377 of the Indian Penal Code that criminalized homosexuality has been lauded widely by the LGBTQI+ community and the legal fraternity alike. Apart from acknowledging the injustice meted out to the queer community for decades, the Navtej Singh Johar v/s Union of India judgement also comprehensively lays down the way forward to ensure queer individuals have access to basic rights including healthcare.

It is known that the stigma surrounding LGBTQI+ community in India has made it extremely difficult for individuals to seek mental healthcare or openly talk about the need for it. Even cases where individuals do speak up, the problem ends up exacerbated due to ill-equipped and discriminatory mental health professionals.

Homosexuality not a mental illness

At the very outset, Chief Justice Dipak Misra and Justice AM Khanwilkar debunk the myth that homosexuality is a mental illness. Noting the Indian Psychiatric Society’s stance as well as a July 1994 statement of the American Psychological Association on homosexuality, and they say, “Homosexuality is neither mental illness nor moral depravity. It is simply the way a minority of our population expresses human love and sexuality.”

Further, Justice Nariman, in his judgement, quotes the Mental Healthcare Act passed last year, which, in an important distinction, makes clear that determination of a mental illness will not be based upon non-conformity with moral, social, cultural, or other beliefs. “It is thus clear that Parliament has unequivocally declared that the earlier stigma attached to same-sex couples, as persons who are regarded as mentally ill, has gone for good,” the judgement states.

And while such progressive statements are laudable, the battle is far from won. Chennai-based Moulee, co-founder of Queer Chennai Chronicles, points out that many mental health professionals have the tendency to link their mental illnesses to their sexual orientation or gender. “Even if you go for something like anxiety, they relate it to the person’s gender identity or sexual orientation. They say things like if you “cure” this, you’ll get cured of your mental health issue,” he says.

“I know friends who have faced insensitive comments like, you look perfectly like a woman, why do you want to be a man? They assume that the person wants to assume a different gender to escape the problems of being a woman. Very few mental health professionals actually understand these issues,” he adds.

Dr Shilpa Charles who is passionate about public healthcare tells TNM that this is wrong. “Attributing every bout of depression or anxiety to their gender identity and/or sexual orientation is problematic. The issues must be addressed but the queer identity in and of itself should not be pathologized. Due to our varied socio-economic and cultural make-up, we all react differently to stress. The mental health issue or illnesses could well be a part of their social reaction to their identity,” she argues.

Further, LJ Violet, a writer, points out that many mental health professionals are not free of caste, class, and gender, sexuality-based prejudices, which can add problems faced by those from disadvantaged backgrounds. “This, I believe, is the problem of our society than few individuals. But having clear rules in place can minimize the negative impact of such prejudices,” Violet says.

Justice Chandrachud, in his judgement, exhorts mental health professionals to take advantage of the verdict to reconsider their personal beliefs on gender and sexuality. He also goes into great detail on how the treatment of homosexuality as a disorder has had serious consequences on the mental health and well-being of LGBTQI+ persons.

Dr Shilpa says that even practitioners who are not assertively queer inclusive are accepting of their patients for the most part. However, homophobia continues to be institutionalised in curriculums.

“The curriculum for Forensic Medicine in the second year of MBBS study still mentions homosexuality as paraphilia, a perversion. The average medical student is instilled with homophobia via outdated science and it becomes difficult to change their attitude,” she says.

Dr Ronald Roy, a consultant psychiatrist from Trichy, is hopeful that the verdict will help queer individuals seek healthcare. However, mental health professionals should also reach out to LGBTQI+ individuals who seek their assistance.

“We are also aware that LGBTQI+ individuals are prone to certain mental health issues, not because of who they are, but because they are pressured by social standards. That can cause them a lot of fear, anxiety and depression,” Dr Ronald tells TNM.

Violet, who faced this stigma in the small town in Tamil Nadu she hails from, confirms what Dr Ronald says. “De-stigmatising mental health is important for all, but doubly so for queer people. We are more prone to depression and anxiety disorders due to social oppression. We often don’t have social and family support either. As the anxiety and depression are often related to how society views our sexuality or gender, a safe space to talk to a non-judgemental, helpful stranger is needed,” she says.

She hopes that if mental health experts play their part in de-stigmatizing queerness, it will help us all move towards a more inclusive society. Another problem is that counsellors, who are most often at the frontline of providing mental healthcare, on account of being relatively affordable, are often ill-equipped or prejudiced.

Moulee says, “There are only few mental health professionals in Chennai who are queer-inclusive. They have a good knowledge of the issues and are comfortable speaking to LGBTQI+ individuals. But they are obviously expensive.” However, Dr Ronald argues that counsellors are not doctors, and hence they have limited training in managing mental illnesses. ”Counsellors just undergo a training for mental health support. When they pass judgements, it is because of their ignorance. Most of the medical mental health professionals, who are doctors and psychiatrists, have a very clear idea on these things.”

“As the court says, healthcare professionals should update themselves and know being queer is not abnormal. That will help them reach the patients,” Dr Ronald adds, and suggests that counsellors conduct awareness camps in partnership with organisations that work with LGBTQI+ communities.

The Supreme Court verdict also defines the right to health, which encompasses not just the absence of disease or infirmity, but “complete physical, mental and social well being.” The judgement relies on case studies from South Africa to demonstrate the negative correlation between sexual orientation-based discrimination and the right to health.

“That people are intimidated or blatantly denied healthcare access on a discriminatory basis around the world proves that this issue is not simply an ideological tussle playing out in classrooms and courtrooms, but an issue detrimentally affecting individuals on the ground level and violating their rights including the right to health,” the verdict reads.

To address this, Dr Shilpa and Dr Ronald call for an overhaul of the medical education system. “Medical students must be sensitised to the fact that the descriptions in textbooks books are dehumanizing,” Dr Shilpa states, adding that a more inclusive curriculum would go a long way in sensitizing students.

Dr Ronald laments that imparting psychiatric knowledge to MBBS students is not given much importance or time. “It is the only way that they can be introduced to sensitive socio-cultural issues from their learning years. This will help them be well-equipped when they are mental health professionals themselves in the future. It is the need of the hour,” he asserts.

The queer community hopes that the legal recognition of the fact that they are equally entitled to mental health care would also translate into learning for mental health professionals. “The general attitude has to change. For example, if there is a marital issue, counsellors normalise it and say, this happens in a marriage. That’s the kind of advice people get. Unless they also understand diverse issues of LGBTQI+ individuals and that being queer is not an aberration, things are not going to change. Mental health professionals must develop and expand their knowledge at least on these social issues,” Moulee urges.

This story was originally published on The News Minute and is reprinted here with permission. It can be viewed on https://www.thenewsminute.com/article/section-377-verdict-and-lessons-inclusion-mental-health-professionals-88300