Over 50% doctors affected with hypertension: Study

More than 50 per cent physicians have been found to have uncontrolled hypertension or high blood pressure (BP) despite taking hypertensive medicines, owing to high-stress levels, a study has shown. 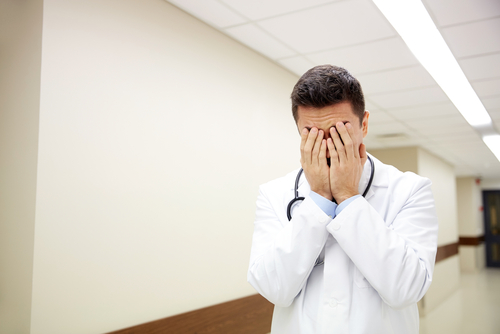 Hypertension is one of the most common lifestyle diseases prevalent today with one in three Indian adults suffering from it and is equally high amongst the medical fraternity. However, it is often misdiagnosed given the difference in blood pressure readings at home and in a clinical setting. The findings found that 56 percent of doctors suffered from irregular BP at night and 21 percent from masked hypertension -- a condition in which a patient's blood pressure reading is inaccurate due to specific environments.This masked hypertension is also associated with an increased long-term risk of sustained hypertension and cardiovascular morbidity, the study said.

The study aimed to raise awareness about the benefits of ambulatory blood pressure monitoring (ABPM) -- where the BP of the patient is continuously evaluated over a period of 24 hours -- in the timely and correct diagnosis of hypertension.