Feeling blue? Just get out of your chair and move

When it comes to boosting your mood, you don't have to spend hours at the gym as according to a recent study, even getting up and moving can work magic. 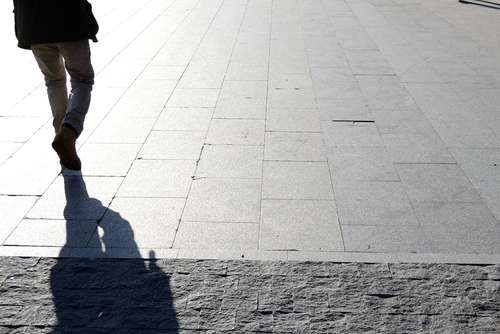 Researchers at the University of Connecticut noted that if you lead a sedentary lifestyle, spending large parts of your day sitting at home or at work, simply getting out of your chair and moving around can reduce depression and lift your spirits."We hope this research helps people realise the important public health message that simply going from doing no physical activity to performing some physical activity can improve their subjective well-being," said lead author Gregory Panza."What is, even more, promising for the physically inactive person is that they do not need to exercise vigorously to see these improvements," Panza continues. "Instead, our results indicate you will get the best 'bang for your buck' with light or moderate intensity physical activity."

The study looked at 419 generally healthy middle-aged adults who wore accelerometers on their hips to track physical activity over four days. Participants also completed a series of questionnaires asking them to describe their daily exercise habits, psychological well-being, depression level, pain severity, and an extent to which pain interfered with their daily activities.People who reported higher levels of sedentary behaviour also reported lower levels of subjective well-being, meaning those who sat around a lot were the least happy. Subjective well-being is defined as the positive and negative evaluations that people make of their own lives. These results confirmed previous studies.

While light and moderate physical activity clearly made some people feel better about themselves, when it came to vigorous activity, the results were neutral. There was no positive or negative association found between high-intensity physical activity and subjective well-being.The last finding is actually good news for folks who enjoy hard, calorie-burning workouts, as it doesn't support a widely reported recent study that found high-intensity workouts significantly lowered some people's sense of well-being.The study is published in the Journal of Health Psychology in February.