A fifty-year-old woman could not walk straight for the last 15 years, she would only crawl reason being a rare rheumatoid arthritis in which her knees were permanently bent. 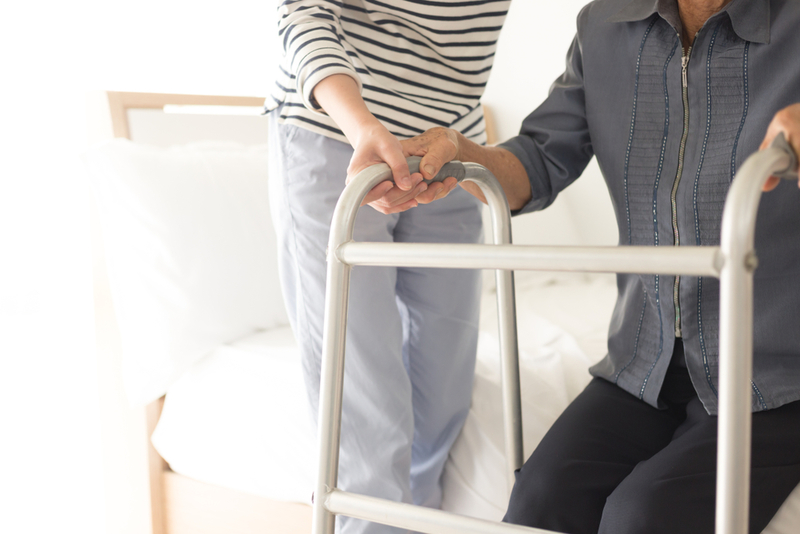 Last month, she underwent a complex knee replacement surgery and her happiness has no limits. The woman, who now stands on her feet with support as she is recovering, said: "For the last 15 years, I have only been crawling. The fact that now I can do my own work gives me immense happiness."

As per doctors at the Paras Hospitals where she underwent surgery, the patient was suffering from rheumatoid arthritis that affected her knees and caused severe acute flexion deformity, a condition in which knees are permanently bent more than ninety degrees.

Rheumatoid arthritis is an autoimmune inflammatory arthritis which affects small as well as large joints of the body and rapidly destroys the joint cartilage unless specific therapy is started early. "Such cases are extremely rare and we have treated about a dozen such crawling patients in the last 17-18 years of exclusive joint replacement practice. The complexity of the procedure is enormous and risks of nerve and blood-vessel damage are very high," said Vivek Logani, Chief, Paras Joint Replacement and Sports Injury Centre, Paras Hospitals, Gurugram.

The surgery was performed with the help of computer navigation technology, to ensure accuracy and bone preservation and special soft tissue release techniques which is safer to allow correction of deformity easily in a few days of surgery.

Speaking to IANS, the woman who hails from Khosli village in Rewari, Haryana said she came to the hospital last month after which she was admitted. Her family members told IANS she can move around and do her own chores like taking the food and roaming around in the house. "Two or three women in the village have the same problem and we have told them the success of the surgery," said a family member. Despite surgeries at innumerable hospitals in the past, no conclusive solution had come to her rescue. She was later referred to Paras Hospitals.