Significant advances in the global search for blood test technologies for Alzheimer's disease and other dementias were reported at the Alzheimer's Association International Conference (AAIC) 2019 in Los Angeles. 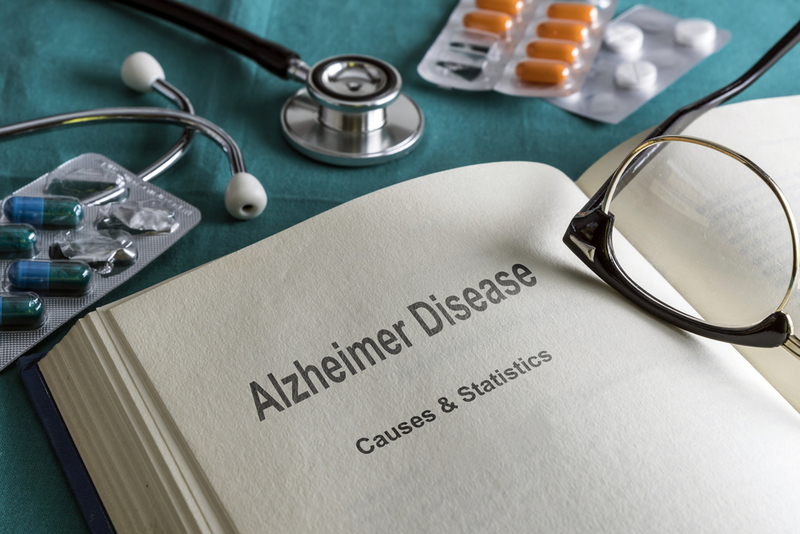 A new report at AAIC 2019 describes methods for measuring abnormal versions of amyloid protein, which is the building block of one of the hallmark brain lesions of Alzheimer's disease, in blood and correlating it with established Alzheimer's markers. Two additional reports describe new blood-based methods for assessing alpha synuclein, which contributes to the brain changes of Parkinson's disease and Dementia with Lewy Bodies, and neurofilament light, which may turn out to be the most reliable indicator of general brain cell damage.

Currently, the brain changes that occur before Alzheimer's dementia symptoms appear can only be reliably assessed by positron-emission tomography (PET) scans, and from measuring amyloid and tau proteins in spinal fluid. These methods are expensive and, in the case of a spinal tap, invasive. And, too often, they are unavailable, not covered by insurance or difficult to access. There is a global "race" to uncover and develop new screening and diagnostic tools for Alzheimer's disease, such as a blood test.

"There is a great need for simple, reliable, inexpensive, non-invasive and easily available diagnostic tools for Alzheimer's," said Maria C. Carrillo, PhD, Alzheimer's Association chief science officer. "Families facing Alzheimer's now and in the future would benefit greatly from simple and widely accessible diagnostic tools that enable accurate diagnosis, earlier in the disease process, allowing for important care and planning." "These new testing technologies, which are currently under development by industry and academic researchers, could also potentially be used to track the impact of therapies in clinical trials," Carrillo added.

How Does Plasma Amyloid Compare with Other Alzheimer's Biomarkers?

In a study published in Nature in January 2018, Akinori Nakamura, MD, PhD, of the National Center for Geriatrics and Gerontology, Obu, Japan and colleagues described a potential blood biomarker of amyloid-beta which they suggested might allow identification of people likely to develop Alzheimer's dementia in the future. The technology measures plasma levels of amyloid-related peptides (A 1-42, A 1-40, and APP669-711), and the biomarker is generated by combining the ratios of the peptides (APP669-711/A 1-42 and A 1-40/A 1-42).

"We found that the plasma biomarker can detect earlier stages of amyloid deposition, even before dementia symptoms are apparent," Nakamura said. "Our results suggest that the plasma biomarker may be useful in screening people who are at risk for Alzheimer's. This can facilitate clinical trials for Alzheimer's therapies, and also accelerate studies to investigate the effects of non-drug interventions, risk management, and lifestyles on Alzheimer's progression." Alpha Synuclein (a Lewy Body Marker), Amyloid and Tau in Red Blood Cells A common feature of many degenerative brain diseases is accumulation of "misfolded proteins," including a-synuclein (a-syn), amyloid-beta (A ) and tau, in both the brain and peripheral fluids. Recently, the physical interaction of a-syn with amyloid and tau has been suggested to be involved in the cause and progression of these diseases.

Abnormal versions of amyloid and tau protein are the main building blocks of the hallmark brain lesions of Alzheimer's disease, though they also appear in other conditions. a-syn is a major constituent of Lewy bodies, protein clumps that are the hallmark of Parkinson's disease and Dementia with Lewy Bodies.

Filippo Baldacci, MD, of the Department of Clinical and Experimental Medicine, University of Pisa, Italy, and the Institute of Memory and Alzheimer's Disease (IM2A), Department of Neurology, Piti -Salp tri re Hospital in Paris, and colleagues sought to discover whether concentrations of a-syn and its combinations with amyloid and tau (a-syn/A and a-syn/tau) in red blood cells can accurately discriminate people with Alzheimer's from healthy individuals.

"Our results showed that people with Alzheimer's had much lower concentrations of a-synuclein and its combinations with amyloid and tau in their red blood cells, compared to healthy individuals," Baldacci said. "With further research and confirmation, this may prove to be a good tool to identify people with Alzheimer's. We have experiments in progress now to verify its ability to discriminate Alzheimer's from other brain diseases, such as Lewy body dementia or Parkinson's dementia." "Red blood cells may represent workable and relevant models of neurodegeneration since they are likely to be involved in the accumulation and clearance of the misfolded proteins," Baldacci added.

Plasma Neurofilament Light Distinguishes Multiple Diseases from Healthy Controls Neurofilament light (NfL), also known as neurofilament light chain, is being actively investigated as a biological marker for neurodegeneration in cerebrospinal fluid and plasma in a variety of neurological disorders, including Alzheimer's disease and other dementias.

The researchers found that NfL was significantly increased in eight neurodegenerative conditions including Alzheimer's, FTD, DLB, corticobasal syndrome (CBS), ALS and Down syndrome with dementia (DS-D), compared to the control group. Similar results were observed for both study groups. They subsequently generated an NfL concentration cut-off point (in the BioFINDER study group) to attempt to distinguish what was considered normal and abnormal; this was then tested in the KCL cohort.

The scientists found that only 2% of the healthy controls had abnormal NfL levels, which strengthened the choice of cut-off point. The cut-off point identified these groups as those in the study with the highest NfL concentrations: ALS (82%), DS-D (100%), CBS (53-67%) and FTD (40-63%). In both study groups, only between 16-20% of people with Alzheimer's would cross the threshold of abnormal NfL. The researchers say they have replicated this Alzheimer's finding in the Alzheimer's Disease Neuroimaging Initiative data.

"For the first time we have shown that NfL on its own is able to distinguish several neurodegenerative conditions when compared to healthy controls," Hye said. "These results hold promise for the use of NfL as a diagnostic tool and in clinical trials." "Though, as previously seen in other studies, NfL is not specific for any condition, with validation it could be valuable as a relatively inexpensive and fast test for accumulating neurodegeneration in the brain," Hye added.