Experts have called for establishment of one-stop sexual assault examination and research centres enabled with DNA collection and testing facilities across India to deal with cases of rape effectively and expeditiously. 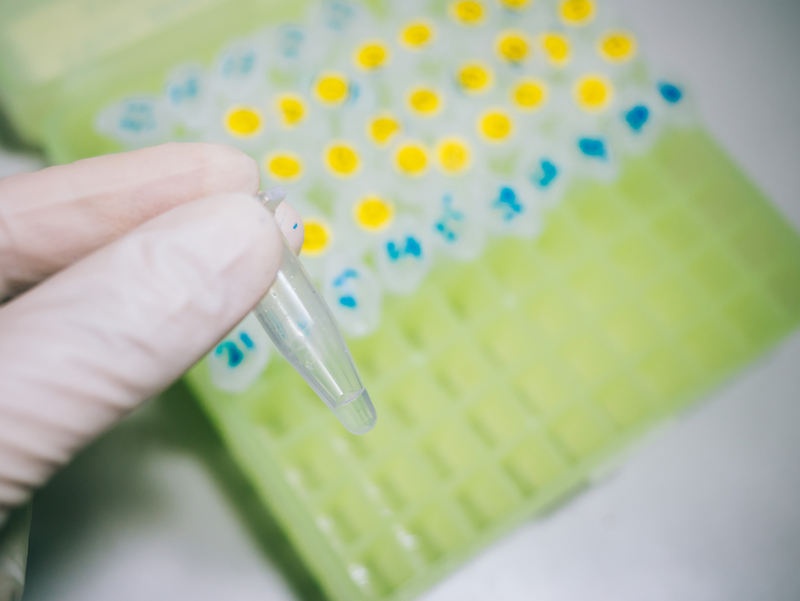 Speaking at a symposium on the 'Role of Forensic DNA Technology in Expediting Justice and Fighting Crime' on July 17, Dr Sudhir K Gupta of the premier AIIMS said lack of proper facilities at hospitals has a direct correlation with the quality of DNA evidence collected.

"Results for vaginal swabs and semen samples can be analysed quickly to help catch the culprit but currently 80-90 per cent samples do not yield viable results either because they are not collected and sealed properly, or because they are stored at an unsuitable temperature.

"There is a dire need for educating and training first-line responders on proper collection and handling of DNA samples while at the same time creating dedicated infrastructure to attend to rape survivors," said Dr Gupta, the Head of the Department of Forensic Medicine at AIIMS.

Even though around 40,000 cases of rape are reported in India every year, post-trauma care that survivors get at authorised hospitals remains poor. At present, government hospitals just provide a room in the existing gynaecological emergency with no dedicated forensic staff and even send them off to the regular OPD (out-patient department) which can take days, he said.

Dr Deepa Verma, Director at Delhi Forensic Science Laboratory, said the creation of one-stop sexual assault examination and care centres is a step in the right direction. In any case pertaining to sexual assault or rape at known or unknown sites, forensic evidence needs to be preserved at all costs and handled with care.

"We have noticed a steady rise in demand for DNA testing and are increasing our capacity to assist investigators. We are planning to constitute specialised trained crime scene examination teams to ensure quick retrieval of forensic evidence while ensuring proper collection and preservation," Verma said.

Along with AIIMS, other premier medical institutions such as KEM Hospital, Mumbai, have also recently taken steps towards setting up dedicated units for examination, testing, and post-trauma care for rape survivors with facilities for physical check-up, treatment of injuries, forensic tests, DNA profiling, and psychiatric counselling -- all under one roof.

Once operational, the AIIMS centre is expected to take on the role of a nodal agency for setting up similar units in other parts of the country.  Dr Harish Pathak, Head of Forensics, KEM Hospital, said they get over 200 cases of sexual abuse every year but lacked a dedicated space for counselling, medical examination and stay for survivors.

"Hence, we have constructed a dedicated one-stop centre with special counselling suite where department of forensic medicine along with experts from gynaecology and psychiatry collectively gather history, counsel, conduct medicolegal examination, and collect evidences to prepare combined reports for investigation agencies.

"We always lay special emphasis on collection of relevant biological samples for DNA analysis wherever and whenever scientifically appropriate as to ensure all precautions and measures are taken for maintaining and documenting chain of custody and sanctity is evidence in such cases," he said.

Tim Schellberg, Founder and President of consultancy firm Gordon Thomas Honeywell-GA, noted, "India is adequately aware of the power of DNA. In the 2012 Nirbhaya gangrape trial, the prosecution built an airtight case based on the DNA of the accused found at the crime scene."

"In such cases, samples should be collected, tested and compared to known suspects immediately. Without an aggressive DNA program, violent criminals and sexual predators will continue to escape punishment, conviction rates will remain low, and justice will elude victims," he said.

As per recent estimates, the number of DNA profiles developed from crime scene evidence has doubled over a year from 10,000 cases tested in 2017 to nearly 20,000 this year, experts said. Despite an uptick in the number of profiles being tested, the volume remains low considering that in an average more than four cases of rape are registered every hour.

Official data shows a dramatic increase in the number of crimes against women, which have increased more than 80 per cent over 10 years, with only one in four rape cases resulting in conviction.

"Where law machinery world over is increasingly relying on DNA forensics to solve crime, the pace in India has been slow. Lack of scientific methods in investigations and absence of a proper policy framework in the country continue to hamper justice," said Dr Gupta of the All India Institute of Medical Sciences (AIIMS), New Delhi.