In clinical practice, placebos have been used since historical times by physicians, especially for relieving patients of symptoms that caused distress. 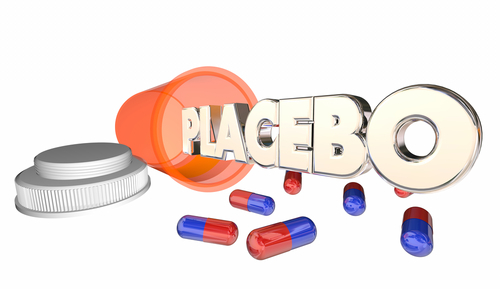 A number of studies have shown that, though inactive, placebo medications certainly have measurable effects on patient’s wellbeing, if accompanied by positive information about the treatment.  However, ethical use of placebos in medical care is controversial. Though the use of placebos was commonplace before 1960s, modern medicine deems it outdated and a morally questionable practice.There are conflicting beliefs and motivations for recommending placebos by doctors.

Administering “inert” agents that have little or no pharmacological activity, such as sugar pills and saline injections

In the recent years, there has been extensive research in this area. Mechanism of action and new theories relating to placebo effect have come to light and have once more brought to the forefront, the psychosocial aspect of disease and illness.

Placebo is effective is not a lie

A pure placebo cannot be considered inert pill.It has been proved to show psychological effects. Hence, a physician telling a patient that the placebo is effective is not a lie. Deception is important to maximize the benefits of a placebo in most cases; however, it may not be the case in some. Open label placebos cause changes in patient’s attitude. However, giving a prior explanation on how placebos work, they can be accepted with satisfaction by the patient.

Recent research in 2016, by Tétreault P, Mansour A, Vachon-Presseau E etal.  in PLOS Biology  provides evidence that placebo treatment can produce significant pain relief  and  also flags a biomarker for the response.

If prescribing a placebo is a viable treatment option, it can be presented to the patient along with the other options. The advantages of the placebo treatment can be discussed in detail by mentioning the difference between not knowing about the placebo and knowing about it. Physicians must respect the decision of the patient when placebos are concerned.

Guidelines for physicians while prescribing placebo (Lichtenberg P, Heresco-Levy U, Nitzan U,2004)

A great deal of professional uncertainty looms large over this issue. Those who disagree believe that placebos do not work and/or that they require deception by the doctor. Those who believe have a pragmatic view in that if placebos work then any associated processes (e.g. mechanisms, deception) should be deemed unimportant.

Placebos need to be recognized as a treatment option that can be prescribed by the physician and, it is at the discretion of the physician whether to inform the patient or not.

Reference: Lichtenberg P, Heresco-Levy U, Nitzan U The ethics of the placebo in clinical practice Journal of Medical Ethics 2004;30:551-554.