Can probiotics cause more harm than good?

The word probiotic derives from the Latin preposition pro (for) and Greek root bios (life), indicating that probiotics are literally “for life.” But, in a recent study published in Nature Medicine, researchers found that giving probiotics to children in the intensive care unit can result in rare cases of bloodstream infections. This news serves as a cautionary reminder that probiotics aren’t always beneficial for life. They can have negative effects, too. 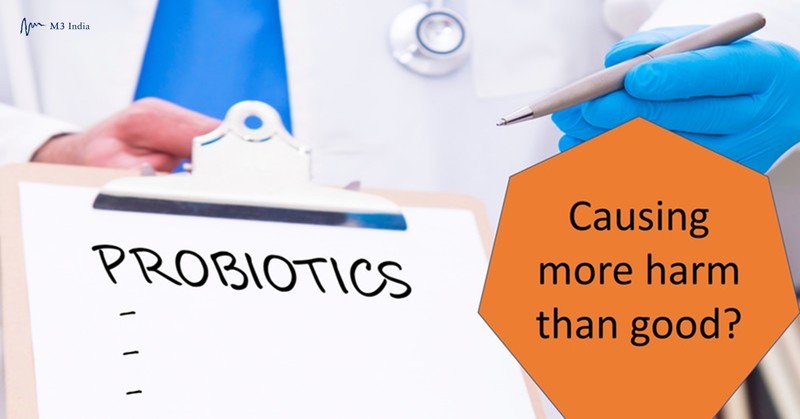 Probiotics are defined as “live microorganisms that, when administered in adequate amounts, confer a health benefit,” according to a consensus of experts. They are believed to reduce the number of “bad” gut bacteria that cause illness or inflammation. Probiotics can also replace those bad bacteria with “good” or “friendly” bacteria.

But there’s a lot we still don’t know about probiotics or how they work. There’s also a lot we don’t know about probiotic products themselves. Probiotics sold in drug stores are classified as dietary supplements, so they’re not subjected to lengthy clinical trials to demonstrate their efficacy and safety. Manufacturers routinely make claims that their products “boost digestive health” or “support the immune system,” but offer no information about potential adverse effects.

To that end, here’s what we know so far about the pros and cons of probiotics for their most common uses.

Antibiotics are useful in fighting infections, but they can also promote antibiotic resistance in the microbiome—leading to a disruption in the balance of gut bacteria (dysbiosis). Clostridium difficile thrives in this environment, resulting in illness that ranges from mild diarrhoea to life-threatening pseudomembranous colitis. Probiotics were shown to be effective in preventing and treating antibiotic-associated acute diarrhoea in both children and adults, and hospitalised patients.

Con: Although some researchers have shown that probiotics prevent and treat diarrhoea, others have found that probiotics provided no improvement. Also, in at least one study, investigators found that a probiotic supplement containing 11 strains (including Lactobacillus and Bifidobacterium) taken after a course of antibiotics actually delayed the restoration of normal gut bacteria balance for up to 5 months.

Pro: Researchers have shown substantial evidence that probiotics have anti-inflammatory effects, so it stands to reason that probiotics would help remediate inflammatory bowel disease (IBD). At least one bacterium, Faecalibacterium prausnitzii, has been shown to protect against IBD by inhibiting the development of chronic inflammation.

Researchers also showed that VSL#3 was highly effective in preventing pouchitis after ileal pouch-anal anastomosis (j-pouch) surgery. VSL#3 also maintained remission in patients who had developed pouchitis and were treated with antibiotics.

Con: Despite these findings and those from other encouraging studies, the case for probiotics for the prevention and treatment of IBD is by no means closed. Notably, probiotics have shown little efficacy for the treatment or remission of Crohn disease. Larger and longer randomised clinical trials are needed to determine the optimal strain, dosing, formulation, and route of administration in each of the major subtypes of IBD, according to IBD researchers.

Con: The same systematic review also identified several randomised clinical trials that showed probiotic supplementation offered no improvement in IBS symptoms. However, one problem in comparing these trials is that they all used different strains, different doses, different intervention periods, and different ways of evaluating symptoms. So, better systemisation between trials is necessary to achieve more conclusive results.

Pro: There appears to be a connection between gut microbiota and the immune system. In randomised, controlled trials, probiotic prophylaxis appeared to shorten upper respiratory tract infections, reduce the number of sick days, and perhaps reduce prescription of antibiotics for such infections, according to the authors of two Cochrane reviews in 2011 and in 2015.

Con: The Cochrane authors point out that the quality of evidence supporting the results in these trials was moderate to low. Also, probiotics have been linked to serious and opportunistic infections and other side effects in people who are immunocompromised, critically ill, or who’ve had surgery. These individuals, as well as premature infants, should never be given probiotics. Probiotics should be used with caution in pregnant women, infants, and young children.

Overall, probiotics are generally considered safe in healthy individuals. But it’s worth noting that large-scale systematic reviews have concluded that adverse events and safety issues are often lacking or inadequately reported in trials of probiotics.