Magnetic resonance spectroscopy (MRS) may be the future of early detection, differentiation, and management of lung cancer, according to the results from a proof-of-concept study. 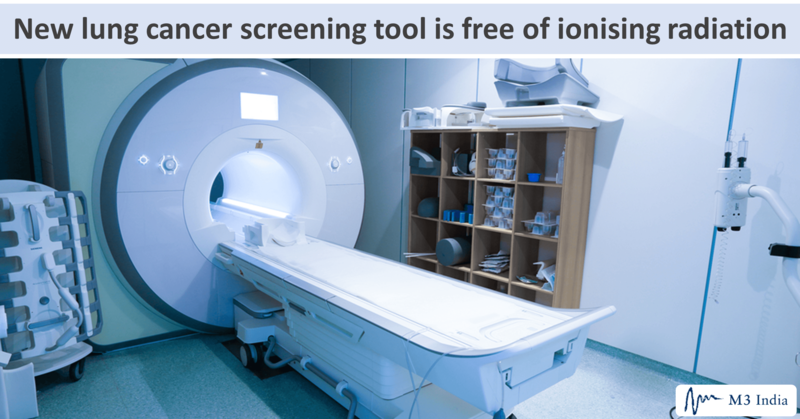 Researchers showed that MRS is a particularly potent screening tool as far as identifying serum and tissue markers capable of distinguishing between different subtypes of lung cancer, discriminating between lung cancer stages, and even predicting mortality risk in patients with lung cancer.

The results are published in Scientific Reports, and—if validated in further studies—may establish MRS screening as viable, paving the way for the development of a simple blood screening test to detect lung cancer.

Low-dose CT is effective in detecting small lung tumors, and current recommendations from the US Preventive Services Task Force call for annual low-dose CT screening in anyone aged 55 to 80 years with a 30-pack-year smoking history who currently smokes or has quit within the past 15 years. Of concern, however, are its costs and the effects of repeated radiation exposure. Annual CT screening is, therefore, not recommended in the general population.

“You cannot use CT as a screening tool for every patient or even for every at-risk patient every year, so what we're trying to do is to develop biomarkers from blood samples that could be incorporated into physical exams, and if there is any suspicion of lung cancer, then we would put the patient through CT,” said co-principal investigator of the study, Leo L. Cheng, PhD, associate biophysicist, Departments of Pathology and Radiology, Massachusetts General Hospital, Boston, MA.

MRS is a non-invasive, tissue-characterisation technique that is free of ionising radiation. It has been used to study metabolic changes in neurological disorders, including brain tumors, strokes, seizure disorders, Alzheimer disease, and depression. It has also been used to study the metabolism of muscles and other organs. Like MRI, MRS acquires a signal from hydrogen protons, as well as endogenous nuclei from carbon, nitrogen, and phosphorus, and can quantify a variety of metabolites.

They were looking for the ability of MRS to identify unique metabolomic markers, and compared serum and tumor tissues samples from each patient to identify common features that would identify either the presence of lung cancer or its absence, possibly differentiate between different cancer subtypes, or confirm the diagnostic accuracy of blood testing.

Indeed, they found that specific metabolite profiles were common to both serum and tissue samples, and could distinguish early- from late-stage disease. Profile differences were a signal that could distinguish between SCC and adenocarcinoma, for example.

In addition, Dr. Cheng and fellow researchers also found that MRS could identify which samples were from patients who survived an average of 41 months after surgery or from those who lived longer. Specifically, longer survival was associated with an overexpression of glutamine, valine, and glycine, in addition to suppression of serum glutamate and lipids. This finding is of particular import, and may lead to better identification of patients who may have a high mortality risk.

Ultimately, the researchers hope to develop a blood test that could easily be included in any standard physical examination that would indicate which patients have metabolite profiles that could signal lung cancer. These patients could then be referred on for CT screening.

“MRS measurements of tissue and serum samples present snapshots of cellular metabolites. In the case of blood, metabolite levels measured in a [lung cancer] patient may reflect altered output or uptake by cancer cells,” concluded Dr. Cheng and colleagues.

This study was supported by National Cancer Institute awards to authors Dr. Cheng and David C. Christiani, MD, MPH, as well as by the Massachusetts General Hospital Athinoula A. Martinos Center for Biomedical Imaging.