What were the most intriguing medical studies of 2018?

As we have entered 2019 hoping for another year of medical advances and health research, here we take a look at some of the most influential studies that were reported in 2018. 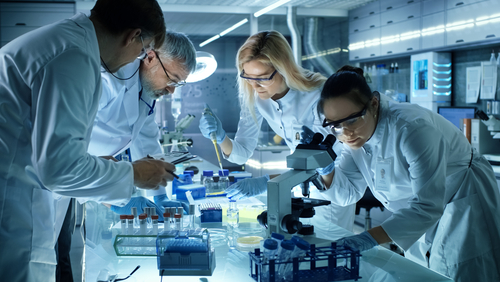 In this feature, we give you an overview of some of the most popular medical research that was covered in 2018.

The rise of intermittent fasting diets

Diet- and nutrition-related topics featured among the top Internet searches of 2018. In particular, readers showed a lot of interest in research outlining the benefits of the 16:8 fasting diet. This is a type of intermittent fasting diet in which a person is free to eat whatever they choose over 8 hours but then must fast during the next 16 hours.

In a study that appeared in the journal Nutrition and Healthy Aging in June, scientists from the University of Illinois at Chicago confirmed that this approach can effectively help people with obesity lose weight.

The study participants, who followed this diet for 12 weeks, had lost 3% of their total weight by the end of the study period.

Also, the 16:8 dieting style helped them maintain lower blood pressure. This is important, as obesity is a major risk factor for hypertension (high blood pressure), which can lead to more serious cardiovascular problems.

Another study, featured in the journal Obesity in May, suggested that intermittent fasting can actually bring numerous other health benefits. Its authors, based at the University of Florida College of Medicine in Gainesville, say that this dieting style works by "flipping the metabolic switch."

The fasting periods drive the body to begin burning fats, rather than sugars, to convert them into the energy we need. This is what makes intermittent fasting so effective for weight loss.

However, the authors also speculate that the metabolic processes set in motion by these types of diets could also increase lifespan, protect cognitive function, and reduce inflammation.

As the holidays rolled by, we may have been tempted to give in to various guilty pleasures. "After all, this is just for a few days," we may have told ourselves, "we can get back on track right after the New Year's Eve party."

That being said, some of the top research from 2018 has shown just how harmful some of these temptations can be, and how seriously they can impact health.

Specifically, long-term alcohol use led to a loss of grey matter volume (which makes up much of the brain), and it also damaged white matter (which contains axons, or the connections between brain cells that allow them to transmit information).

When they first became available, manufacturers and advocates hailed e-cigarettes as an easy, safe way to give up smoking. However, in the meantime, many studies found that the liquid in e-cigarettes contains toxic substances, also lead to the formation of toxic vapours.

In 2018, the National Academies of Sciences, Engineering, and Medicine released a detailed report reviewing hundreds of scientific papers that analysed the benefits and risks of using e-cigarettes.

However, despite some of the benefits associated with e-cigarette use vs the use of regular cigarettes, the report also found that people who regularly reach for these electronic devices experience almost as much exposure to nicotine as people who smoke regular cigarettes.

This nicotine intake, the authors added, increases users' heart rates. Also, the toxic chemicals released in e-cigarette vapours could cause DNA damage, which may increase the risk of numerous diseases. This includes various forms of cancer.

Such considerations could weigh heavily against e-cigarette manufacturers, which, according to recent news, have just closed a major and controversial deal with some top regular cigarette companies.

What was going on in cancer research?

In 2018, around 9.6 million people died due to cancer-related causes, according to data from the World Health Organization (WHO). This makes cancer research one of the top priorities worldwide.

When it comes to cancer, obstacles are present from the get-go. Diagnosing any type of cancer can be a long and difficult process, which can delay the prescription of appropriate treatment. A quick and accurate diagnosis could thus help accelerate treatment delivery and improve outcomes.

It was the most precise when it comes to detecting ovarian cancer, which it could help diagnose with 98% accuracy. The authors explained that the new blood test identified specific cancer biomarkers, such as telling genetic mutations, and the presence of proteins associated with different types of cancer.

Only one shot, the authors say, is needed to boost specialised immune cell activity and extirpate solid cancer tumours.

"Our approach uses a one-time application of very small amounts of two agents to stimulate the immune cells only within the tumour itself," explains study author Dr. Ronald Levy.

"This approach bypasses the need to identify tumor-specific immune targets and doesn't require wholesale activation of the immune system or customisation of a patient's immune cells."

The injection, the researchers added, could be wielded against many different types of cancer. It has so far shown promise against breast, colon, and skin cancer.

Another research trend in 2018 was reassessing old remedies or known treatments to see whether specialists can use them for new purposes. One example is baking soda, which many have traditionally been used to soothe heartburn.

A study published in The Journal of Immunology in 2018 found that this kitchen staple can actually help treat arthritis.

The researchers—from the Medical College of Georgia at Augusta University—reported that drinking a solution of baking soda can protect against rheumatoid arthritis and other inflammatory diseases.

This is because baking soda influences the mesothelial cells—which line various organs—of the spleen so that they do not "overreact" to heavy foods and treat them as a threat of infection.

The solution also seems to impact the activity of various immune cells in the spleen, kidneys, and the peripheral blood, leading to a decrease in pro-inflammatory cells and an increase in anti-inflammatory ones.

Other studies published in 2018 showed that a series of known drugs could actually help improve conditions that they were not initially intended to treat.

More than one study concluded that medication currently used to treat the herpes simplex virus can lower the risk of Alzheimer's disease, a common neurodegenerative condition that typically begins to manifest after the age of 65.

The largest of these saw that administering this therapy aggressively could lower the relative risk of dementia by 10-fold.

Some dietary supplements also received positive attention last year. One example is nicotinamide riboside, a vitamin B-3 supplement, which some manufacturers use as an ingredient in some protein shakes and nutrition bars.

According to a small study, the findings of which appeared in the journal Nature Communications, nicotinamide riboside supplements can have a beneficial effect on blood pressure, safeguarding the health of arteries as people age.

Since 2018 was so rich in health debates, medical research, and clinical advances, we look forward to seeing what intriguing and potentially life-changing medical news 2019 will bring.