Hormone replacement therapy is a common treatment for menopause-related symptoms, and new research from the University of Pittsburgh Graduate School of Public Health reinforces the importance of tailoring hormone therapy to each patient, based on her individual risk factors for cardiovascular disease. 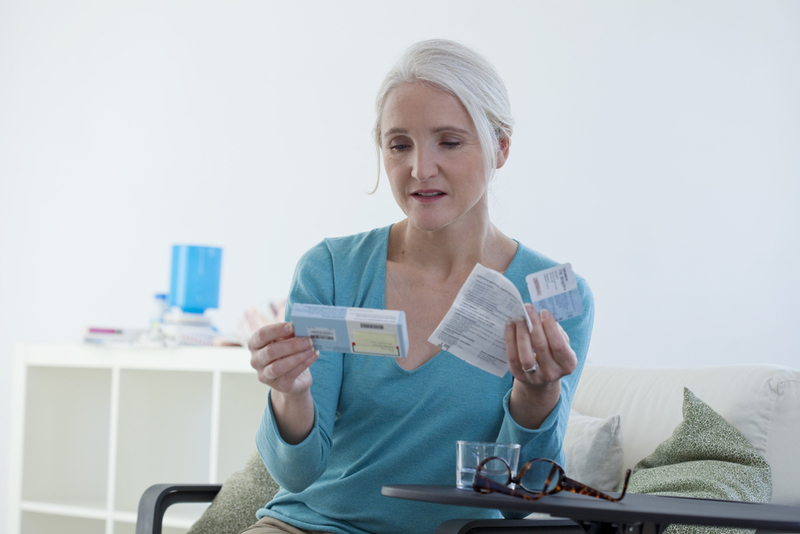 In a study published today in the Journal of the American Heart Association, Pitt researchers showed for the first time that hormone replacement therapy affects the accumulation of heart fat—a new risk factor for cardiovascular disease in midlife women. Importantly, they found that the formulation and delivery route of hormones—whether as a pill taken orally or a patch placed on the skin—mattered when it came to the types of fat deposits women developed and whether those fat deposits translated to hardening of the arteries.

The researchers used data from 474 healthy women ages 42 through 58 enrolled in the Kronos Early Estrogen Prevention Study (KEEPS), which was a multi-center, randomized, placebo-controlled clinical trial of the effects of oral conjugated equine estrogens and transdermal 17-beta estradiol on atherosclerosis progression. Participants enrolled between 2005 and 2008 and were followed for four years.

"The KEEPS trial is unique because it focuses on younger women close to the onset of menopause, and tested both a pill and patch formulation of menopausal hormone therapy," said study coauthor JoAnn Manson, MD, DrPH, physician at Brigham and Women's Hospital and Harvard Medical School. "This allowed us to see the effects of different types of hormone therapy and whether the route of delivery—oral or through the skin—affected heart health in otherwise healthy women."

An earlier study from El Khoudary's group showed that postmenopausal women with lower serum estrogen levels had a greater volume of paracardial fat—meaning fat that accumulates outside the pericardium—and also higher rates of coronary artery calcification, compared to premenopausal women.

El Khoudary and her team hypothesized that menopause hormone therapy would be protective against heart fat accumulation, but what they found was not so simple. The type of hormone therapy and route of administration mattered.

The transdermal estradiol patch—generally considered to be safer—compounded the harmful effects of paracardial fat deposition on coronary artery calcification (CAC) progression. In contrast, women on the estrogen pill were less likely to see increases in heart fat in the epicardial space immediately surrounding the heart or worsening CAC.

"That was surprising," El Khoudary said. "The patch is thought to be safer because it's not systemic, just topical, and it doesn't have an impact on inflammation or triglyceride levels like oral hormones."

El Khoudary cautions against making generalizations about oral vs transdermal hormone delivery or extending these findings to other treatments or patient groups. Still, she hopes clinicians will take these findings into account when treating healthy menopausal women with the drugs used in the study.

"Many clinical guidelines recommend consideration of transdermal estradiol as a first line treatment for hormone therapy because it is associated with less risk for blood clot events compared to oral conjugated estrogen," said study coauthor Nanette Santoro, MD, professor of obstetrics and gynecology at the University of Colorado. "This study makes us think twice about that recommendation and reminds us that there is more complexity to the story of how or whether menopausal hormones protect women against heart disease later in life or increase their risk."