Bengal bats for taekwondo lessons for doctors across India

Close on the heels of introducing taekwondo lessons for doctors at a state-run hospital in West Bengal, the state health department on Monday suggested to the Medical Council of India (MCI) to start classes of the Korean martial art in hospitals across India. 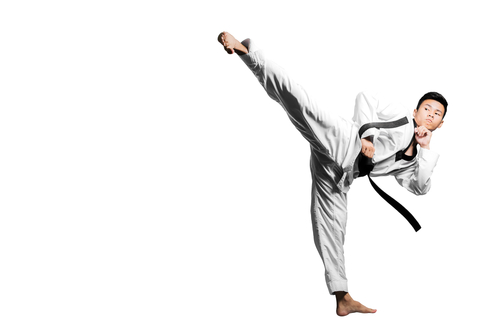 "In a recent meeting with the MCI in New Delhi, I had suggested taekwondo lessons be introduced for MBBS students in government-run colleges and hospitals. Taekwondo is a comprehensive package of self defence, boosting mental and physical health and also tackling stress," Debashis Bhattacharya, the state director of medical education, told IANS. The meeting was on increasing violence at medical establishments.

Kolkata has recently seen a spate of incidences of agitation, mob attacking doctors and vandalising hospital premises.Around 130 students and doctors at the state-run Nil Ratan Sircar Medical College and Hospital here are attending a two-day per week training module in Taekwondo, which incorporates elements of karate and Chinese martial arts with indigenous Korean martial arts traditions."The response has been tremendous. Starting from first year to fourth year MBBS students and faculty, they have come forward readily."

"We started the module from March 1 and in these two months we have observed better focus and discipline among the students. The proposal was floated in September last year and has nothing to do with the recent incidences of violence against doctors," Dwaipayan Biswas, deputy superintendent of the hospital, told IANS."Now, AIIMS New Delhi is also starting something similar this month. It is being wrongly discussed that doctors are being trained to attack people," Bhattacharya said.