Is your lifestyle putting you at colorectal cancer risk?

You may want to start living a healthy life as a recent study has found that doing so can keep colorectal cancer at bay. 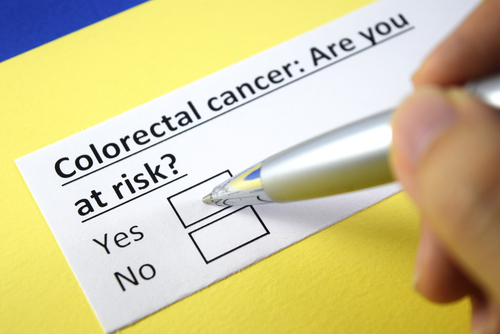 The Cleveland Clinic colon cancer risk assessment survey found that respondents who exercised more, followed a healthy diet and did not smoke were less likely to have a personal history of colorectal cancer or colon polyps.The online risk analysis, which has had more than 27,000 responses from around the world, highlights the modifiable risk factors, such as diet and lifestyle behaviours, reported by patients without a personal history of colorectal cancer and polyps.

The research team also found that less than 10 percent of all respondents stated they ate five or more servings of fruit, vegetables and grains per day and only about 25 percent undertook at least 30 minutes of exercise four times per week. They additionally found that only 36 percent of respondents were up to date with current colorectal screening, according the to the U.S. Preventive Services Task Force guidelines."Colon cancer is a preventable disease. These results emphasize the known modifiable factors that can alter the risk," said investigator Carol A. Burke. "Colon cancer has had significant decline in the U.S. since 1980 when colorectal cancer screening was first introduced, but these results show screening for the disease and adherence to a healthy lifestyle appear woefully underutilized."

Burke and colleagues developed the online survey to provide respondents information about their colorectal cancer risk based upon self-reported personal and family history of colorectal cancer and polyps.Burke and co-investigator David Dornblaser presented their findings in two separate analyses at Digestive Disease Week 2017.

The results showed that the respondents more likely to be adherent to colorectal cancer screening were white and female. They also had less exposure to cigarettes, ate more daily servings of a plant-based diet and exercised more than those who were not up to date with screening.The data also indicated that respondents with a first-degree relative with colorectal cancer and polyps were significantly more likely to adhere to screening: 35.7 percent were adherent compared with 19.4 percent of participants without an affected first-degree relative.