The world may be able to completely eradicate malaria -- a deadly mosquito-borne disease -- within the next 30 years, partly due to improved coverage of current interventions, according to a study published in The Lancet journal. 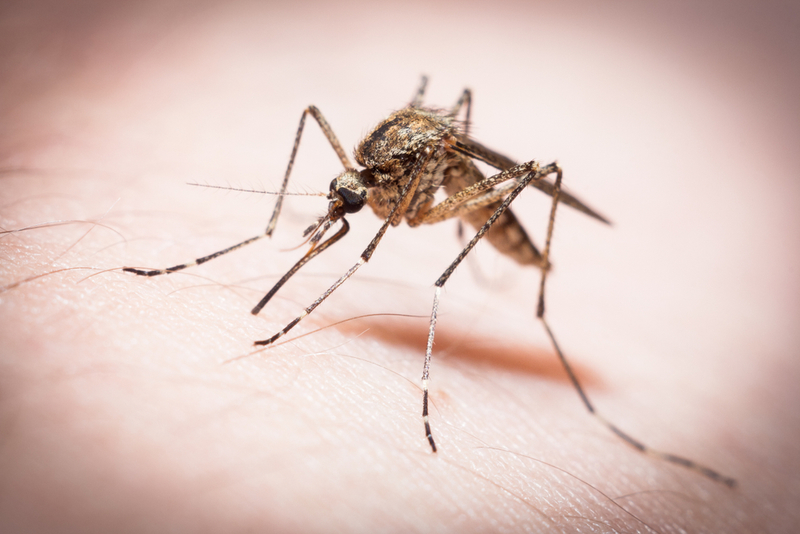 The study found that more than half of the world's countries are malaria-free today, encouraging discussions about completely eradicating the disease. The report compiled by a diverse range of experts including malariologists, biomedical scientists, economists, and health policy experts, condenses available evidence with the latest epidemiological and financial analyses and demonstrates that with the right tools, strategies, and sufficient funding, elimination of the disease is possible by 2050.

The authors used new modelling methods to predict how prevalent and intense malaria could be in 2030 and 2050. Their analyses indicate that socioeconomic and environmental trends, together with improved coverage of current malaria interventions, will "lead to low levels of malaria that persist in pockets across roughly ten countries in equatorial Africa in 2050.

The report notes that communities plagued by malaria can choose to commit to a time-bound eradication goal with purpose, urgency, and dedication, instead of gradual efforts to reduce malaria, which comes with the constant threat of resurgence, and a steeping struggle against drug and insecticide resistance. "For too long, malaria eradication has been a distant dream, but now we have evidence that malaria can and should be eradicated by 2050," said Richard Feachem, Director of the Global Health Group at the University of California, San Francisco (UCSF) in the US.

While global malaria incidence and death rates declined by 36 and 60 per cent respectively since the year 2000, the advancements are threatened by recent plateaus in global funding, together with a rise of malaria cases in 55 countries across Africa, Asia and Latin America, says the report. The authors also expressed concern about parasite and vector resistance to currently available drugs and insecticides. There are still more than 200 million cases of malaria reported annually around the world, claiming nearly 50,000 lives, according to the authors.

They add that malaria continues to trap countries in cycles of inequity, with 85 per cent of global deaths reported in 2017 coming from 29 nations. "Despite unprecedented progress, malaria continues to strip communities around the world of promise and economic potential. This is particularly true in Africa, where just five countries account for nearly half of the global burden," said Winnie Mpanju-Shumbusho, Co-chair of The Lancet Commission on malaria eradication. To achieve eradication within the timeline, the Commission urges that specific and deliberate actions at country, regional and global levels must be taken -- with three ways to accelerate the decline in malaria cases worldwide.

First, the Commission suggests that the world must manage and implement current malaria control programmes better with improved use of existing tools -- what it calls the "software of eradication." Second, it highlights the need for better "hardware of eradication" with the development and supply of innovative tools that can overcome the biological hurdles in eradication. And lastly, the authors say that malaria endemic countries and donors must provide more funds for ultimately eradicating the disease.

As the cost of ridding the world of the disease is unknown, the Commission suggests that an annual increase of about USD two billion would accelerate the progress. The report emphasises the crucial role played by regional management approaches in eliminating malaria. Eradication programmes, according to the report, should avoid being overly academic, and employ professionals from the world of implementation, rather than just research, adding that contributions from business schools and the private sector are crucial.

The authors note that training programmes should emphasise practical leadership and management skills which they say would create a global network of malaria eradication professionals over time. The Commission also anticipates a revolution in the collection, analysis, and use of data about malaria cases in the next decade with profound effects on programme management and effectiveness. From the simulations, the authors also report very high levels of malaria control with the combined use of fast diagnostic tests, mosquito nets, indoor spraying of pesticides, and a combination therapy based on the anti-malarial drug Artemisinin.

And to achieve effective spraying of pesticides, the report suggests that a more sustainable approach, with greater benefit to the local economy, is for the health ministries of endemic countries to contract with local for-profit or not-for-profit entities. "This report shows that eradication is possible within a generation. But to achieve this common vision, we simply cannot continue with a business as usual approach. The world is at a tipping point, and we must instead challenge ourselves with ambitious targets and commit to the bold action needed to meet them," Feachem added.