The best diet for you, based on your health goals

Whether your aim is to lose weight, eat better, improve your heart health, or reduce your risk for diabetes, there’s a diet for you. But with so many diets out there, how do you find the right one? Fortunately, U.S. News & World Report evaluated dozens of diets, in all types of categories, and ranked which ones they deemed best. 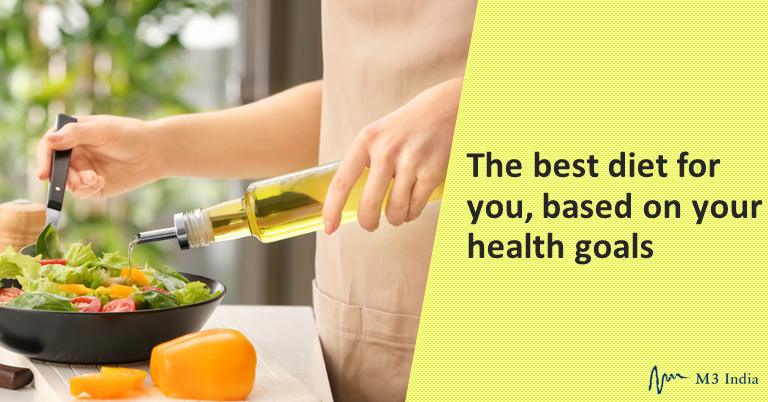 To determine these rankings, U.S. News gathered a panel of experts from among the nation’s top nutritionists, dietary consultants, and physician specialists and tasked them with assessing 41 different diet plans. Using a detailed survey, each expert panelist scored these diets in seven critical categories, such as ease of compliance, likelihood of significant weight loss, and effectiveness against cardiovascular disease and diabetes.

Many of the diets that ranked highest also advised exercise, in addition to dietary recommendations, as part of a regular routine. Here are the best diets in several major categories.

The Best Diets for Healthy Eating ranking considered nutritional completeness but with a priority on safety. These diets provide sufficient calories but don’t shortchange important nutrients or entire food groups.

Mediterranean diet: This popular diet includes a wide range of foods, without banning any food groups. Recommended foods include fruits, veggies, whole grains, beans, nuts, legumes, and olive oil, plus fish and seafood at least a couple of times a week. Poultry, eggs, cheese, and yogurt can be eaten in moderation, while sweets and red meat are only for special occasions. A glass of red wine is fine to wash it all down.

DASH diet: Developed by the National Heart, Lung, and Blood Institute, DASH stands for Dietary Approaches to Stop Hypertension. As its name indicates, the principal goal of the diet is to lower blood pressure, and it does so largely by limiting foods with sodium. It also empasizes less added sugars, fats, and red meats than the typical American diet. It makes up for any loss in flavorful foods by recommending fiber-filled fruits, vegetables, and whole grains, as well as lean protein.

Flexitarian diet: What does “Flexitarian” mean? It’s a combination of “flexible” and “vegetarian,” which simply means eating primarily a vegetarian diet but satisfying that meat craving now and again. The Flexitarian diet aims to get all the benefits of vegetarianism without completely eliminating meat. While it includes lots of veggies, fruits, and whole grains like other diets, it also emphasizes non-meat proteins like beans, peas, and eggs.

Weight Watchers diet: Weight Watchers (now officially named “WW”) scored high overall for weight loss, nutrition, and safety. The experts concluded that it’s a smart, effective diet that’s easy to stick to. The WW diet works on a points system in which every food and beverage has a designated point value based on its nutrition, and each participant has a certain number of daily points to “spend” on their choice of foods. For example, healthy foods like fruits and veggies cost very few points, so you can have more, while junk foods have much higher point values. What makes this diet particularly effective is its support system, in which participants are encouraged to talk with counselors in person, by phone, or online.

Volumetrics diet: The Volumetrics diet aims to help people lose weight by filling up on fewer calories. Foods are grouped into four categories by their “calorie density.” Celery, for example, has a low calorie density (Category 1) while an Oreo has a high calorie density (Category 4). The trick is to eat more foods in the lower density categories and fewer from the higher ones, leading you to feel fuller on fewer calories. The experts said Volumetrics scored well because it’s realistic and allows people to enjoy all foods in moderation.

(tie) Flexitarian diet: As a long-term weight loss plan, the Flexitarian diet would likely help dieters maintain significant weight loss for at least 2 years, the experts said. They also appreciated that the diet isn’t extreme, making it easier to succeed on the plan for the long term.

Note: In the Best Diets for Weight Loss category, the Flexitarian diet was in a three-way tie for third place. The two other third-place finishers were the Jenny Craig diet and the Vegan diet.

Carrying around extra weight puts added strain on the heart and increases risks for heart disease, heart attack, and stroke. A heart-healthy diet not only helps people lose weight, but can also lower blood pressure, cholesterol, and triglyceride levels. In this ranking of the Best Heart-Healthy Diets, the Mediterranean diet and the Ornish diet tied for first place.

(tie) Ornish diet: This diet was developed by Dean Ornish, MD, who advocates a very low-fat, low-animal protein, high-fiber diet—and also focuses on other lifestyle factors including exercise, stress management, and relationships. The diet can be adjusted for better heart health, losing weight, lowering blood pressure, or preventing cancer. Like the Mediterranean diet, the Ornish diet is backed by clinical trials, which showed that people who adhered to this diet for the long term reversed their coronary heart disease and had more than two times fewer cardiac events.

DASH diet: Because the DASH diet was developed for lowering high blood pressure, its high rank among heart-healthy diets is hardly surprising. In this regard, the experts appreciated this diet’s potential to lower blood pressure, reduce serum low-density lipoprotein (LDL) cholesterol, and improve other markers of heart health.

It’s hard enough to stick to any diet, so the easier it is to follow, the better. So, for this ranking, the experts prioritized user-friendliness. Is the diet satisfying and satiating? Does it have strict requirements or prohibitions? Are its foods hard to find or prepare? The experts decided that the best diets in this category were adaptable and delicious, and allowed enough eating throughout the day. The Mediterranean diet came in first place, while the Flexitarian and WW diets tied for second.

Mediterranean diet: The experts acknowledged that Americans who follow a Mediterranean diet might miss their favorite processed foods and sugary drinks, but the diet itself is quite tasty and not complicated—earning it the top spot in this category.

(tie) Flexitarian diet: Because this diet recommends adding food groups rather than taking them away, the experts rated it as one of the easiest to follow. As its name implies, the Flexitarian diet encourages dieters to do the best they can—it’s more about progress than perfection—which makes this diet easier to stick to in the long term.

(tie) WW diet: The WW diet is highly user-friendly because it allows participants to eat often and without skipping their favorite foods, the experts noted. An app and a website make the points system fairly easy to follow and recipes are readily available. Plus, there’s always some type of support to turn to, which helps people keep up with the plan.

Best Diets Overall: Of the 41 diets ranked by U.S. News & World Report, which ones were ranked the best overall? Since you’ve read this far, you won’t be surprised to find out that the top three were the ever-popular Mediterranean, DASH, and Flexitarian diets.

Best Diabetes Diets: The best diets for preventing and managing diabetes were (again) the Mediterranean, the DASH, and the Flexitarian (with the latter two tying for second place).

The three worst diets overall, according to the experts’ analysis, were the Whole30 diet, the Body Reset diet, and the Dukan diet. These programs lack clinical evidence, are hard to follow, and are not especially healthy, the experts found.